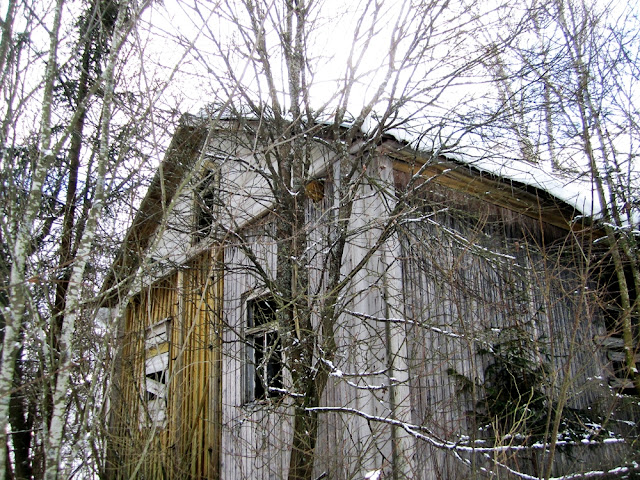 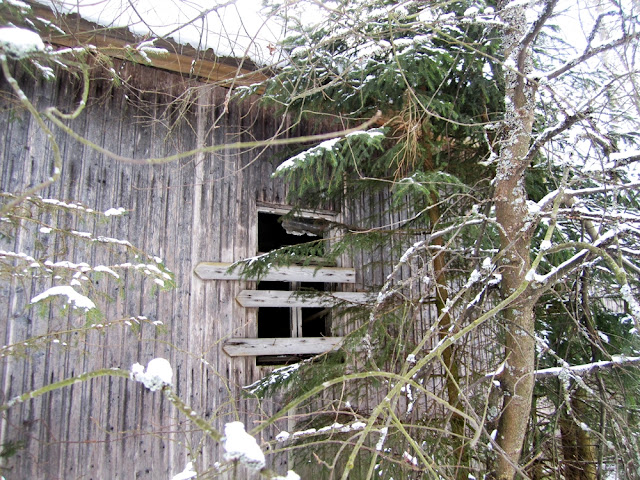 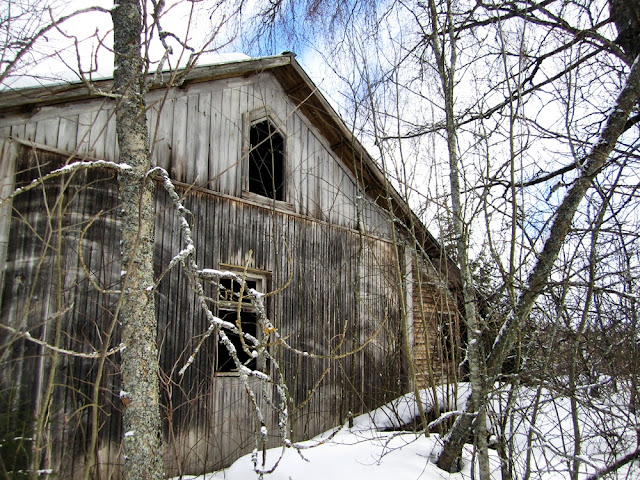 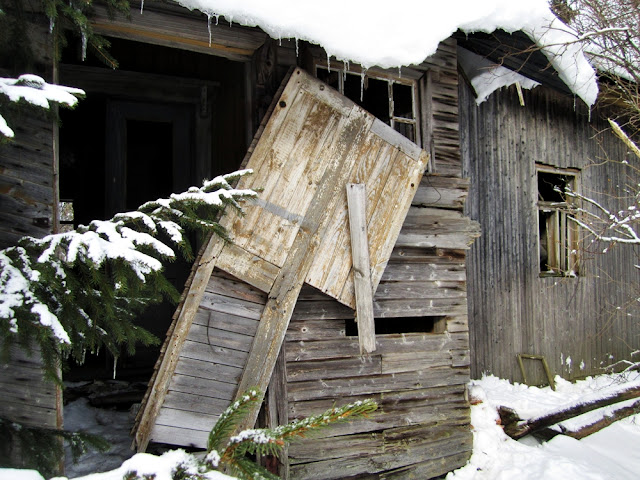 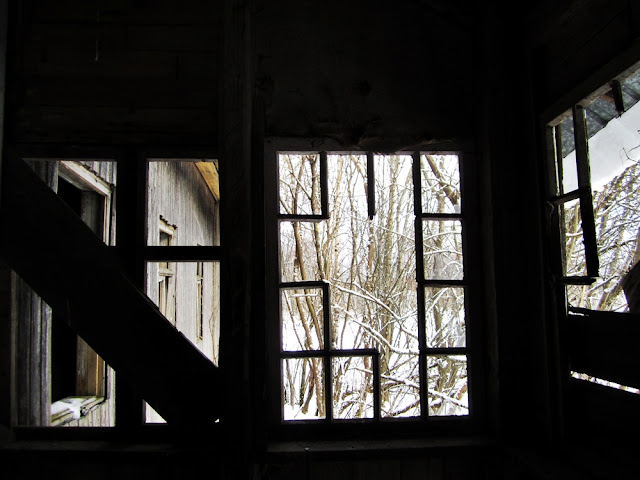 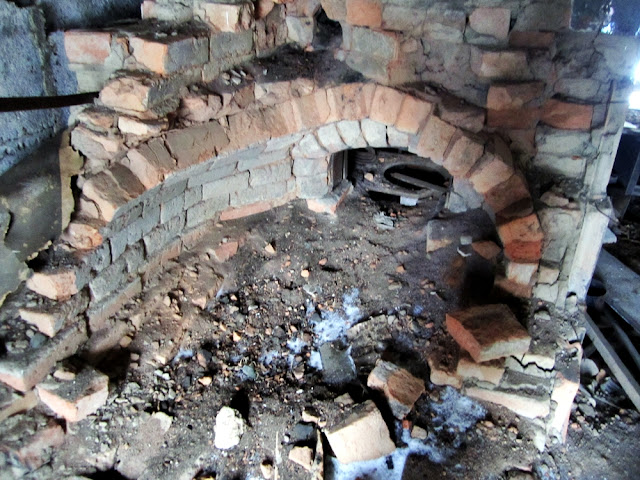 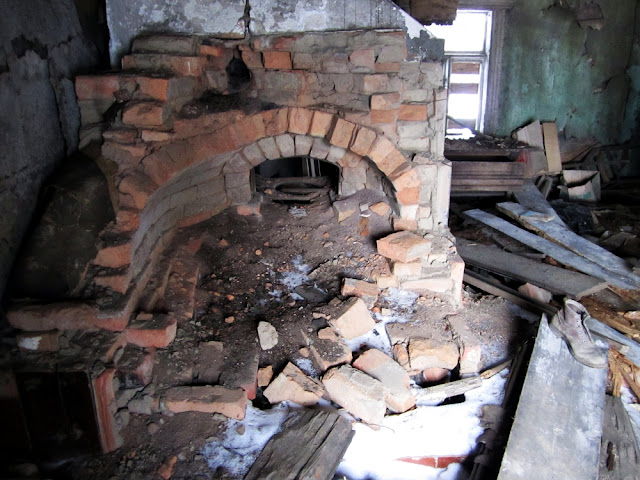 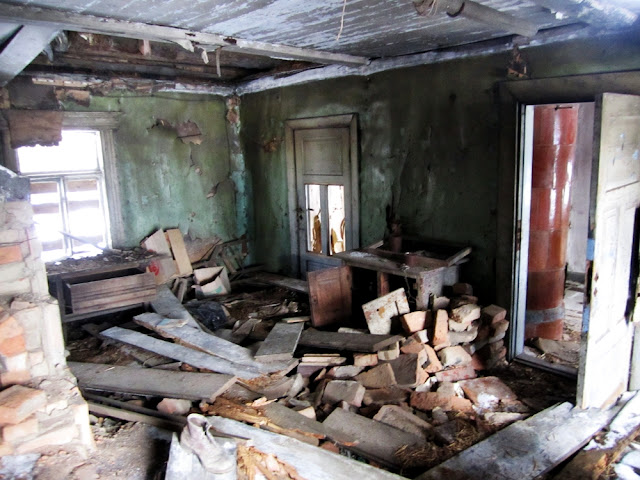 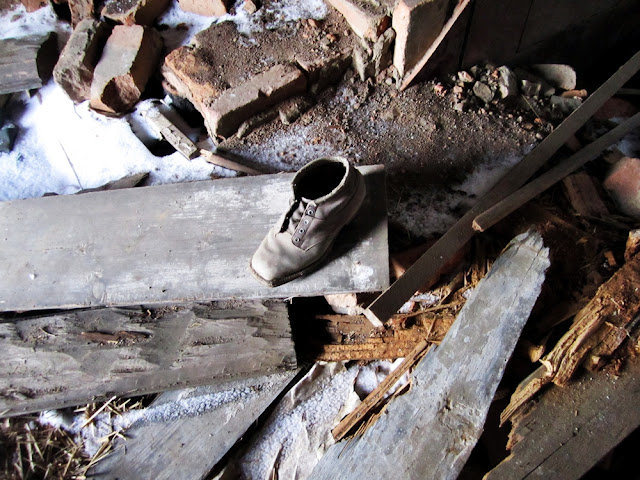 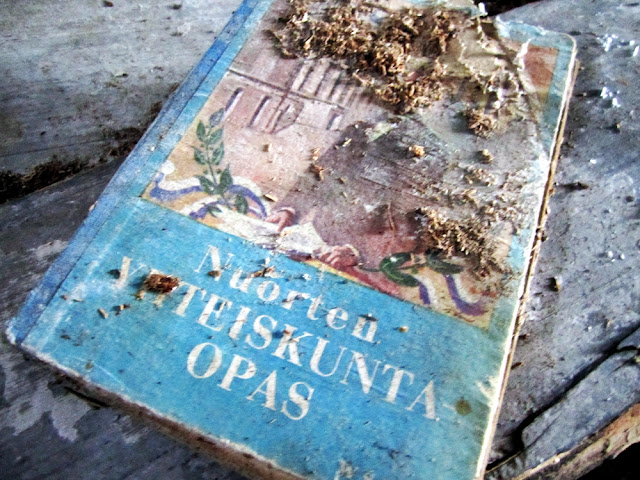 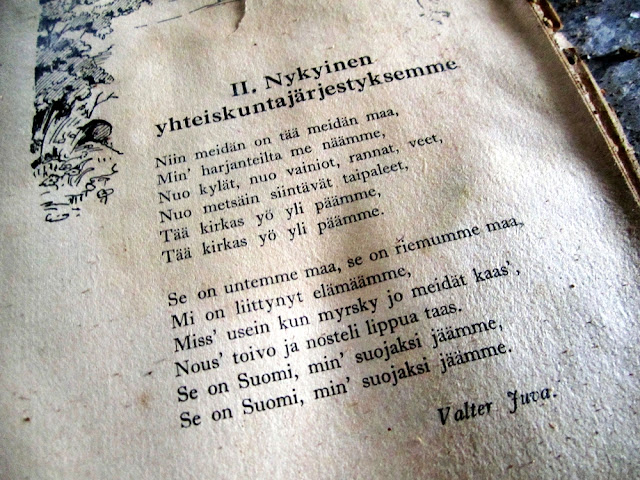 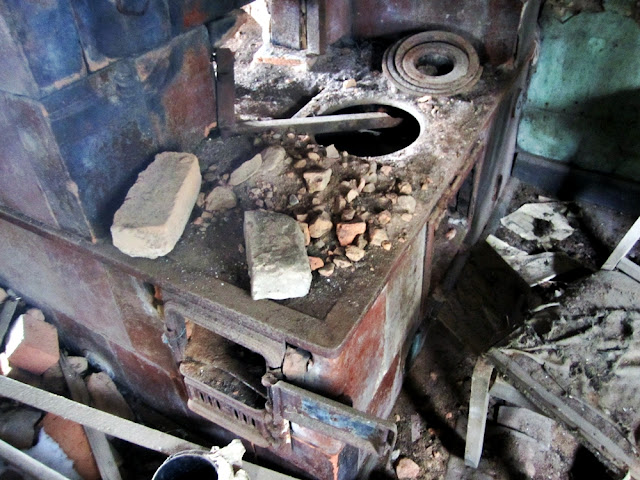 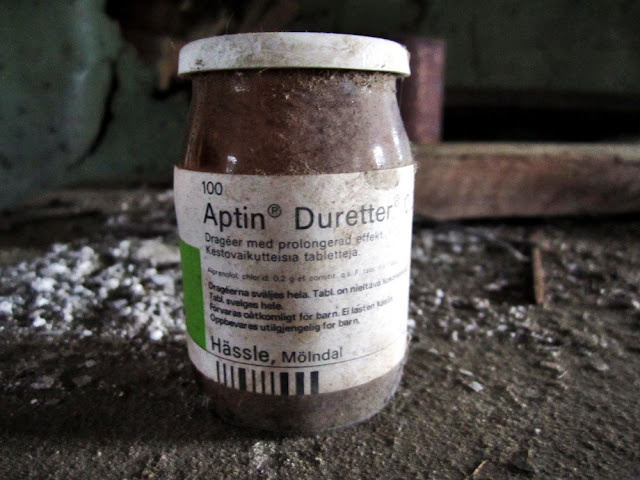 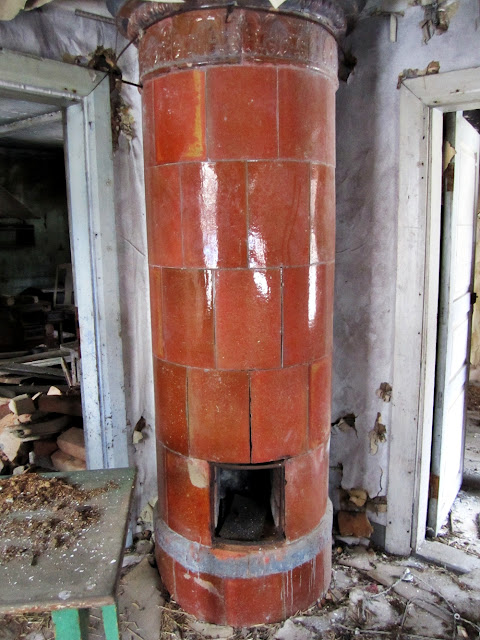 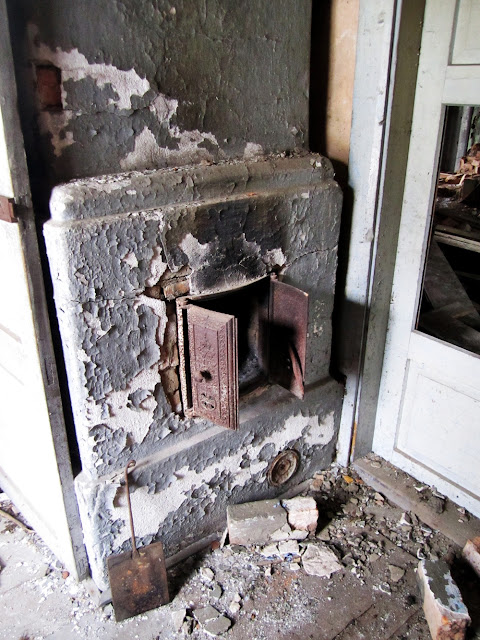 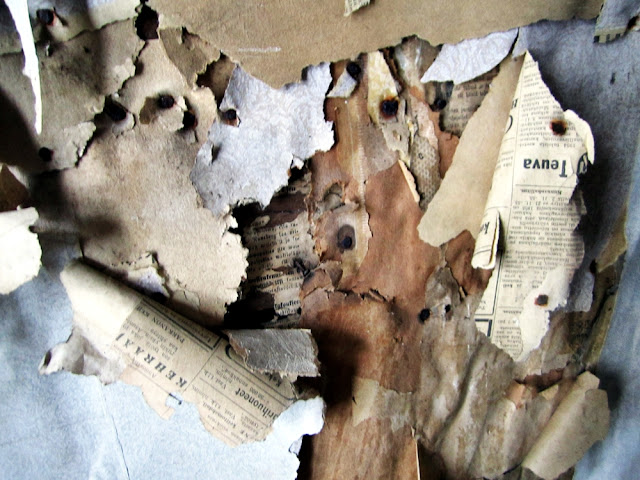 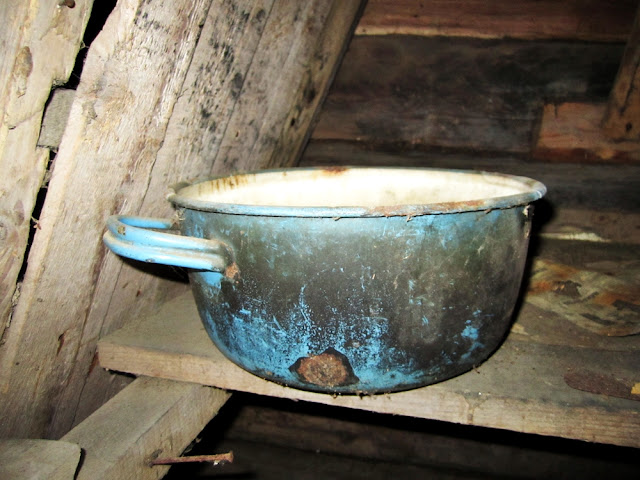 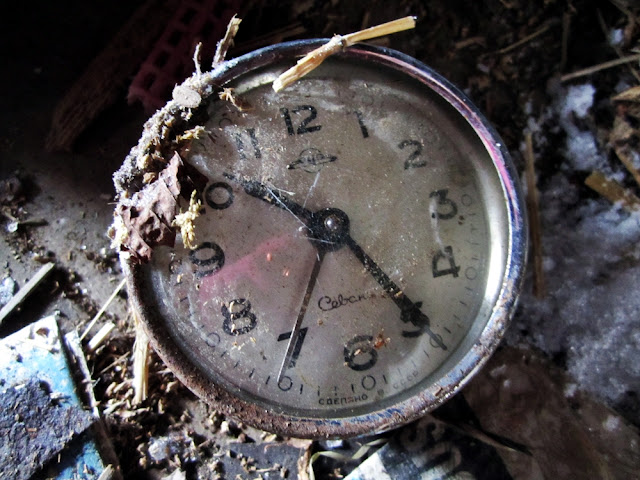 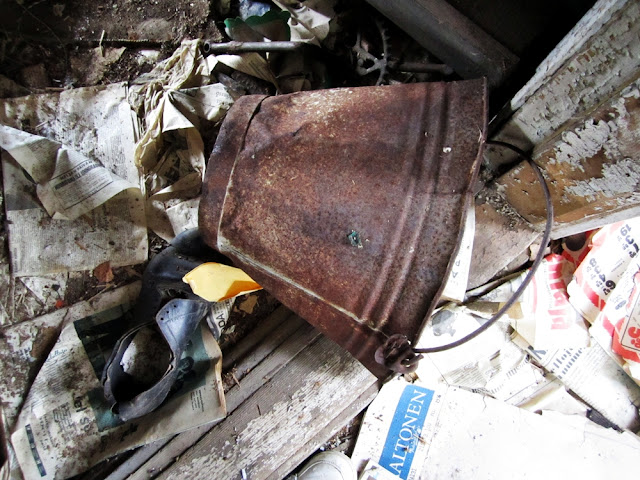 Visited 26.2.2012 by jonahi & skkye. The text below is a summary from Wikipedia article "Oven murder".
The oven murder (Finnish: uunisurma) refers to the murder of Hilkka Hillevi Saarinen in the village of Krootila in the municipality of Kokemäki, Finland in December 1960. The event is one of Finland's best known cases of homicide, and the killer has never been officially identified.
Hilkka Saarinen was last seen alive in December 1960, when she was 33 years old. She lived in an old, large wooden building together with her husband. They had five children, which had been adopted by the state and placed in different foster homes because of the family's troubles, and the father's tendency to violence. According to the family's children and neighbours, the father was extremely jealous when he was under the influence of alcoholic beverages, and continuously acted violently towards his wife. According to them, he had repeatedly threatened to kill his wife in a way that would not be able to be identified. The eldest son of the family visited the house on Christmas Day 1960 together with his schoolmate, a day earlier than he had announced he would be coming. The purpose of the visit was to spend a couple of the Christmas holidays together with his parents. When he wondered where his mother was, his father replied that she had gone somewhere while he was sleeping.
In 1966 the son sent a letter to the police: "I suspect that my father knows more about the disappearance of my mother than he has told me. He has clearly opened the oven and walled it shut again. However, the oven had not been used in seven to eight years before this. My father was cleaning in the dark, even though another room was lit, when I arrived. I think the oven should be dismantled. My father could do anything." The letter was not noted. Later, the son wrote an article in the May 1967 issue of Elämä magazine, titled "Where do they disappear/I suspect my father is a murderer", where he suspected his father of having murdered his mother. Later, when the father and son met, the father said: "Let's just both mind our own business."
It was only in 1972, after new investigators had been ordered to go through old, unsolved cases, that the son was contacted again, because of the letter. On Hilkka's nameday 27 November 1972, 12 years after Hilkka Saarinen's disappearance, the Turku district commissar Gunnar Kivelä and his assistant arrived in Kokemäki with a document that authorised them to dismantle the Saarinen family oven. The husband was moved to the police station before the police started to dismantle the oven. In one metre's depth, they found the mummified head of a woman. After digging some more, they found a foot, and finally the entire body. The next day, the eldest son identified the body as Hilkka Saarinen, his mother. The husband told both the court hearing and his children that he knows nothing about the matter.
The Kokemäki local court decided that the husband had not caused Hilkka Saarinen's death on purpose, and sentenced him to eight years' imprisonment for severe assault. However, the man only served one year of his sentence, because the Turku district court and the supreme court freed him, claiming that neither the cause or manner of Hilkka Saarinen's death was known, and one could no longer be sentenced for accidental killing after 12 years. Hilkka's husband returned to the house, which had been empty all the time, and was well on its way to deterioration, and lived there alone until his death on 1 August 1986.
The case has been marked in the police records as an unsolved crime.
Altough we have been visiting many abandoned houses before, this place was very different with its gloomy history and pressing atmosphere. The knowledge that someone has been murdered in this very same room where I am standing is quite haunting. It felt partly wrong take photos there. I couldn't help thinking if the victim or killer could see us somehow. And when we had been there a quite long time I had this weird feeling that I knew what both of them had been thinking and especially feeling there. It was frightening. I'm glad I'm not there anymore.
Ok, it happened a long time ago. But when you see everywhere things that have belong to them, like books, pots & pans, medicines and so on, it feels that they have been there yesterday. Seeing everywhere the name of the suspect and the clothes of the victim was inconvenient. It's incomprehensible that this man lived there over twenty years after his wife was killed (and ten of them same time as wife was masoned in the oven).
More pictures and thoughts in the next post.
Posted by skkye at 20:06