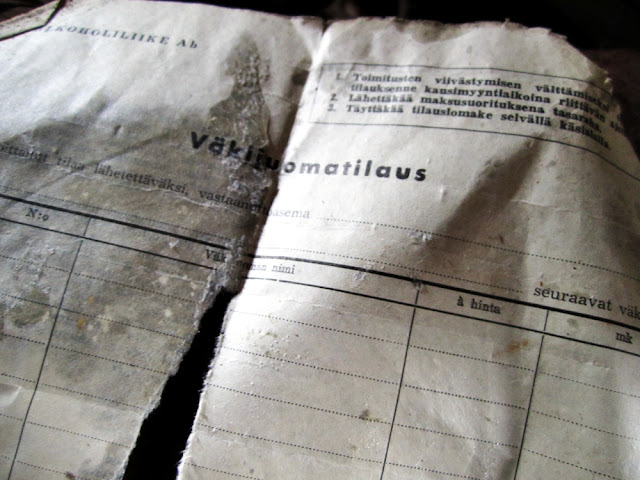 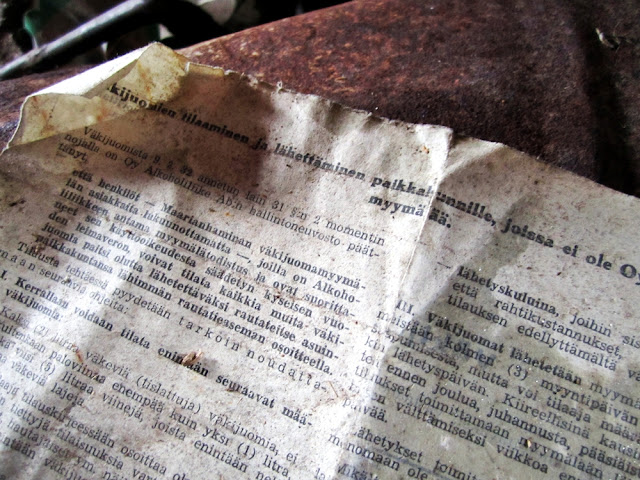 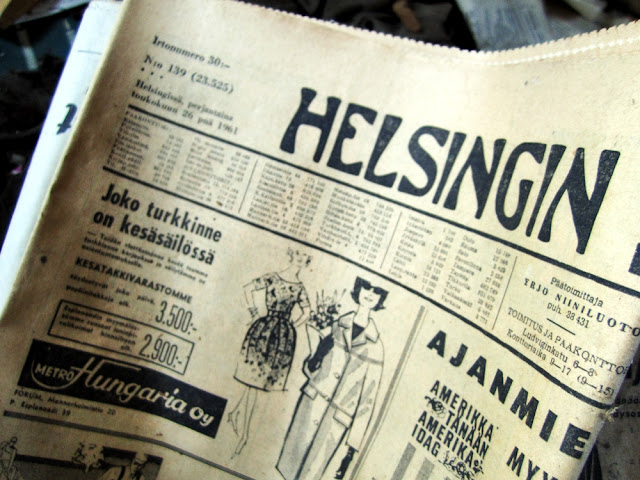 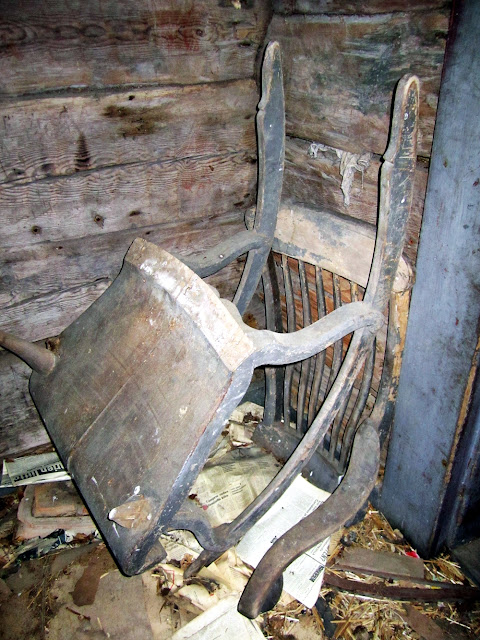 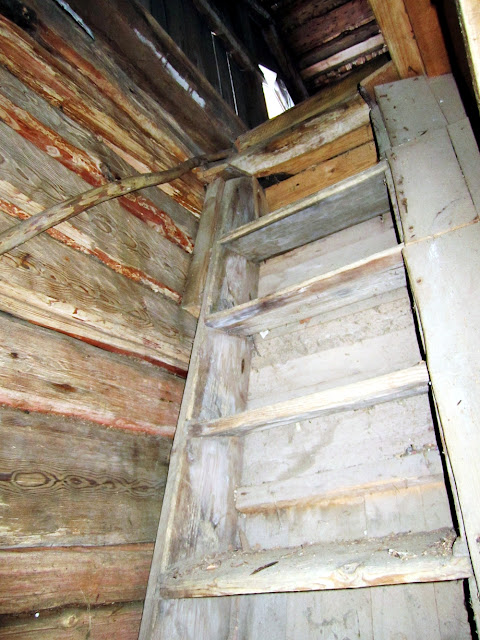 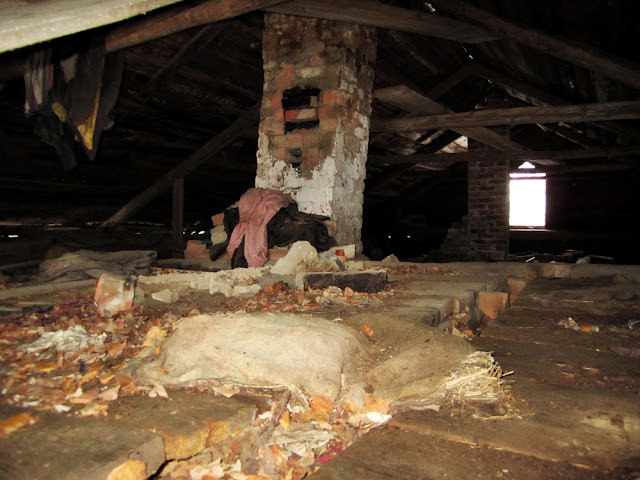 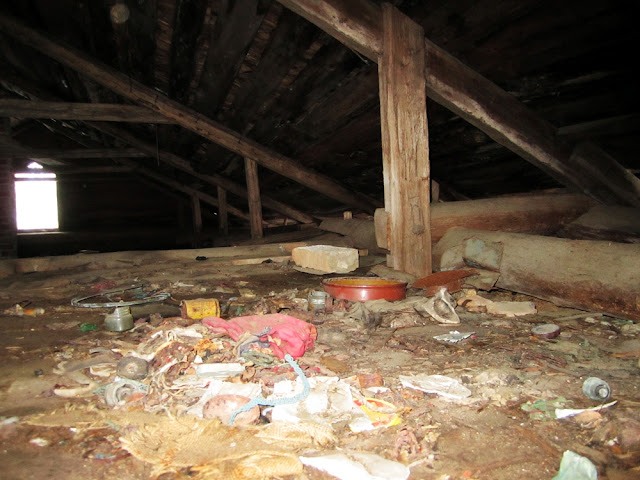 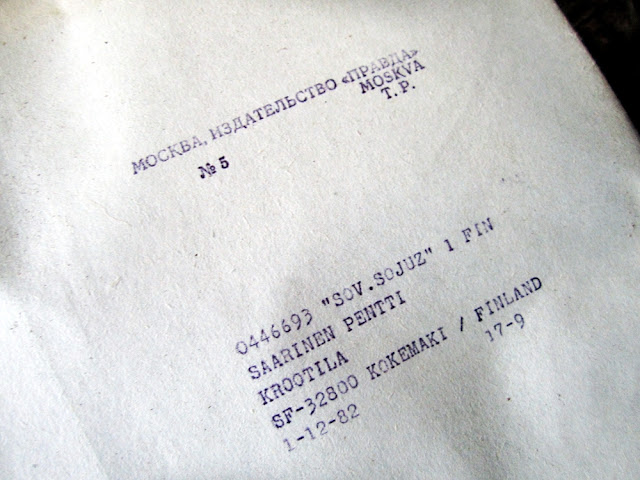 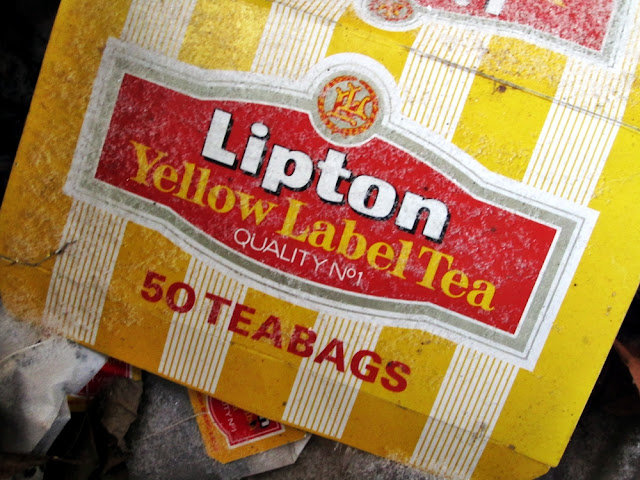 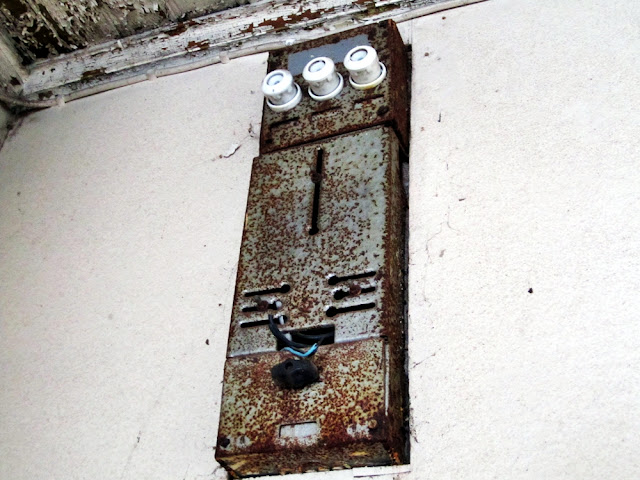 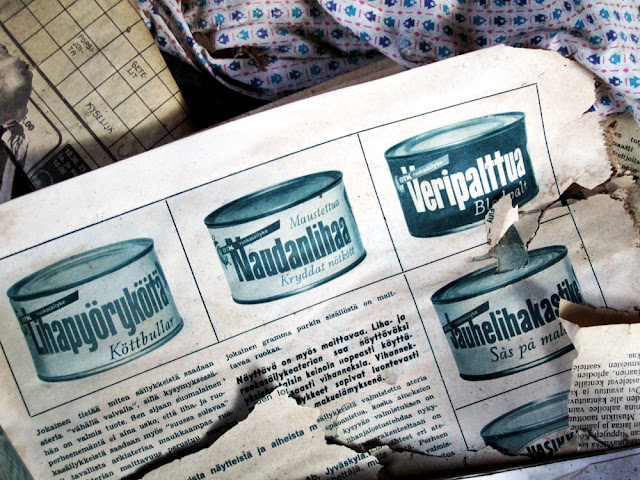 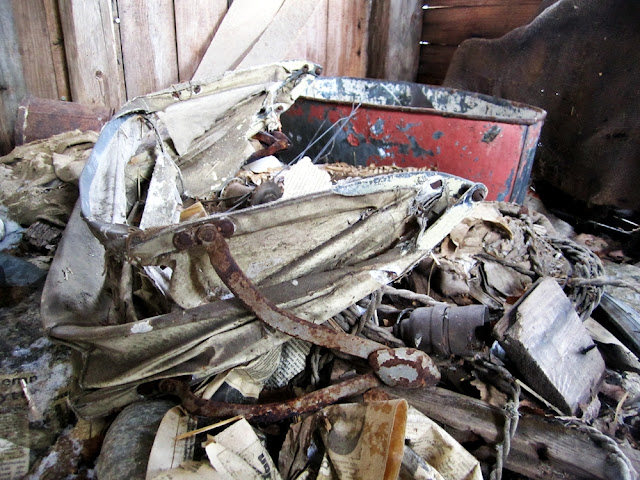 We had read plenty of information about the oven murder before we went to this house. It was very odd feeling to find that stuff we had been reading from the ínternet in the real, touchable shape. For example, some discussion board told that the woman used to wear a fur coat and there was one on the floor. The Wikipedia article says that the man was a drinker and there was a lot of old bottles, corks and alcohol order forms. There was also many marks of children, like a school book, little bath tub and half-decomposed carrycots.

Although we have delved thousands of times before peoples old personal things in abandoned houses, this time it felt a little more intimate. Maybe it was because we had read so much about the family and knew many things about their life beforehand. In my opinion the most interesting stuff, once again, was old newspapers and magazines. The man had ordered at least magazines "Kuluttaja" and "Neuvostoliitto" Part of them were still in the envelopes, untouched. Internet forum told us that the man was a bookworm, too.

Even though this was a bit more exciting target than many other we have explored, I'm glad that there's no murder mystery behind every abandoned house. It's quite sad to see so concrete that they were real people who had real interests and hobbies and were like anyone of us. When it is a detective story or something, it's exciting but when it is real life it's just very sad.
Posted by skkye at 00:37

Newer Post Older Post Home
Subscribe to: Post Comments (Atom)
Urban exploration blog from Finland. Two writers, two hometowns and a shared interest in abandoned places. Here you can see them through our cameras. Tips are welcome!
Click the photos to make them bigger.